On September 23rd 1493, Christopher Columbus embarked on his second expedition to the New World, setting sail with a fleet of 17 ships. On September 23rd 2000, members of the Carers walk, discovered one of Columbus’s ships in the Old Harbour at Barry Island! The ship was certainly a colourful sight and looked like it had survived many voyages on the seas, as can be seen in the photograph. 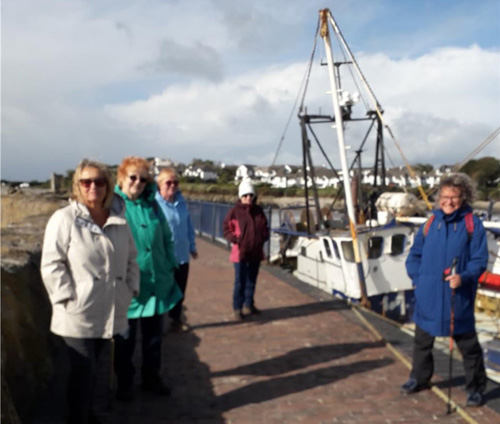 Our voyage around Barry Island took in both Nells and Friars Points and a stroll across the almost empty, freshly groomed golden sands. We are lucky to live in the Vale and during our local lockdown to have such a wonderful beach to walk on. Come and join us.