We left last month with apple-growing in Britain at its peak and several thousand varieties available, many of them developed and bred in Britain. Wenvoe had at least 15 orchards in 1900, clearly shown on the Ordnance Survey map. Whilst the odd relict tree may remain hidden away in a garden or farm, the rest have gone and the apples you buy offer very little choice. So how did it come to this? Currently 75% of our apples are imported and there are no signs of this trend being reversed, a trend that actually started a couple of hundred years ago. In the USA Johnny Appleseed had wandered around in the late 18th/early 19th century planting apples wherever he went and it was not long before countries like America, Canada, South Africa and more recently, China, were producing consistent, good-looking apples that supermarkets were happy to stock. Production costs are lower abroad and transport costs minimal. Our climate is also not as helpful as it might be. Typically commercial orchards in Britain have declined by around 80% in the last 100 years.

Once every farm had its orchard and the farm workers were paid partly in cider, brewed on the farm. When it became illegal to do this, the need for the orchards began to disappear. Maes y Felin, for example, had an orchard running down the field to the east of the house to not far from where the Welsh Orchard is now situated. And then there were the country 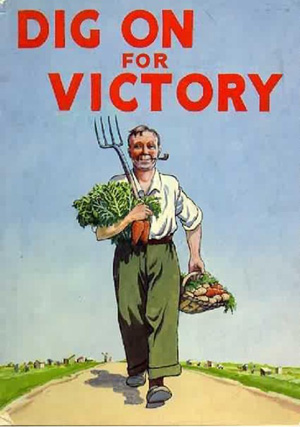 houses which often had an area set aside for fruit. The large house, The Grange, in Wenvoe was one such and Orchard Close is a reminder of what was once there. At the other end of the scale was the cottager who might have a cow, some chickens and, of course, a fruit tree or two. Both have been replaced by modern housing. Gardens are getting smaller and increasingly are paved over. Many orchards were dug up during the last war when Dig For Victory actually encouraged uprooting fruit trees and replacing them with vegetables which were considered a more efficient use of land. Agricultural subsidies often provided similar incentives for farmers.

So the reasons for the decline are many and varied. What some perhaps find more disappointing is the apparent lack of interest in reversing the trend. With all the housing development in the parish has a single fruit tree – even a crab-apple – been planted as part of the landscaping? Does the Vale of Glamorgan Council or do the Highways authorities include fruit trees when planning their roadside planting? And then there are our businesses whether pubs, farms or quarry operators? Hopefully the next issue of What’s On will include letters from around the parish on the positive actions that people have taken to put things right.