A Statue For Abolitionist Iolo Morganwg?

DOES THE VALE’S IOLO MORGANWG DESERVE A STATUE? 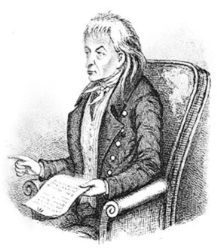 The current debate over statues and memorials brings to mind one of the Vale’s most notable historical figures, Edward Williams, better known by his bardic name, Iolo Morganwg. Iolo, born near Cowbridge in 1747, is the inventor of the Gorsedd of the Bards, the ceremonial gathering of druids at the National Eisteddfod. However he was also one of Wales’s best-known campaigners for the abolition of slavery. Below is an extract from one of his poems in which Iolo (who styled himself ‘The Bard of Liberty’) addresses the goddess Liberty.

Long has thy Muse in worlds remote

In the mid 1790s, Iolo opened in Cowbridge, what was possibly the first Fair Trade shop in Wales. He once displayed the book ‘The Rights of Man’ in his shop window. Two government spies bought the book, thinking it to be banned work by the radical Tom Paine, only to find a copy of the Bible inside its covers. What better book to expound the rights of man, retorted Iolo to the enraged spies! 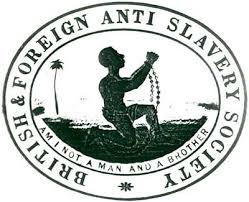 Ironically, his two brothers were prosperous sugar planters in Jamaica, owning 240 slaves. It seems Iolo could have gained substantially from the slave trade but refused any financial help from them, including a sizeable inheritance. ‘May the vast Atlantic Ocean swallow up Jamaica and all the other slave trading and slave holding countries before a boy or girl of mine eats a single morsel that would prevent him or her of perishing from hunger, if it is the produce of slavery.’

Iolo is a controversial character, deserving of praise but also not immune from criticism. In spite of his stance on slavery, by 1815 and in great debt, Iolo accepted £100 from the will of one of his brothers to pay off his debts and set his son up as a schoolmaster in Merthyr. This he knew was money made from the slave trade. As a Unitarian he was a religious man. He was a collector of medieval Welsh literature and did much to promote Welsh history and culture. On the other hand, on occasion he forged ancient documents. He was a great thinker, but also used the opiate laudanum; on the grounds it helped his asthma.

Iolo has several memorial plaques, including one at Primrose Hill in London and a blue plaque at his

Vale birthplace. He has a Welsh-language school, Ysgol Iolo Morganwg, named after him, and Super Furry Animals vocalist Gruff Rhys dedicated a song to him on his 2014 album, American Interior.

The writer and former archdruid T James Jones described him as a great visionary who realised Wales needed its own institutions such as the Senedd. James went so far as to argue that Iolo Morganwg deserves a statue in his honour in Cardiff Bay. It is topical to consider whether such a statue should be erected or if there was one there already, would there be justifiable calls for it to be removed