100 YEARS SINCE THE GUNS FELL SILENT 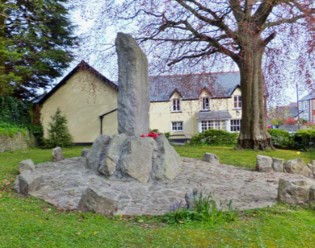 The Wenvoe War Memorial lists 74 men who took part in the Great War (1914-1918). 12 died and 62 returned to the village. The memorial was designed by William Clarke who was a resident in Wenvoe. The carboniferous limestone used was extracted from the Alps Quarry. Construction was complete by mid November 1919 at a cost of £289:11:4. The names of those killed in World War II were added later.

What passing-bells for these who die as cattle? 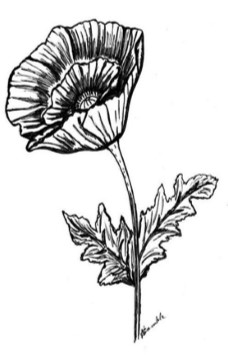 Only the monstrous anger of the guns.

Only the stuttering rifles' rapid rattle

Can patter out their hasty orisons.

No mockeries now for them; no prayers nor bells;

Nor any voice of mourning save the choirs,

And bugles calling for them from sad shires.

What candles may be held to speed them all?

Not in the hands of boys, but in their eyes

Shall shine the holy glimmers of good-byes.

The pallor of girls' brows shall be their pall;

Their flowers the tenderness of patient minds,

And each slow dusk a drawing-down of blinds.