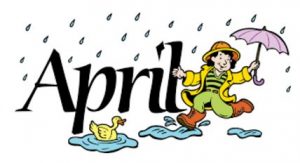 The following applications have been approved.

 7, St. Andrews Road – A minor alteration to the previous approved plan to replace existing outbuildings with new ones.

 41, Gwenfo Drive – Retention of two storey and single storey extensions to side and rear of property, and detached double garage.

 Duffryn House. – The installation of a 1 hour fire door and frame to the second floor of Dyffryn House

The appeal by Newydd Housing Association to the refusal of planning permission for the land at the former Bus Depot Site, Chapel Terrace, Twyn Yr Odyn, has been allowed and planning permission granted for the demolition of the existing buildings and residential redevelopment of land to deliver 15 affordable homes together with associated car parking, landscaping, drainage infrastructure and other ancillary development. The full details of the appeal decision are available on the Vale planning site.

The land at the rectory, in preparation for the planned development, has been cleared of scrub. Concern that protected trees may have been removed during the process has been reported to the Vale of Glamorgan.

The Council met with the rector, Rev. Ormrod, and officers to discuss the possible future of the Church Hall. Further discussions are planned.

The Council has held discussions with the acting School Head and the Police over the problems of inconsiderate and illegal parking at school times. The police have agreed to attend in the near future.

Police reported on theft from the telephone coin box at the Village Green and damaged caused to a number of vehicles in Gwenfo Drive. There has also been a large graffiti ‘art work’ produced on the footbridge over Port Road. The Vale are to be requested to remove it.

The Council has met with the Vale’s architect to produce some provisional ideas for the possible siting of a new library at the Community Centre. The decision on the application for funding from the Rural Development Fund is expected from the Welsh Assembly within the next month.

Persons interested renting an allotment at Twyn yr Odyn should contact the Clerk to the Council – see page 2 for details.

Notices on the forthcoming elections are posted on the notice boards. Application material for Town and Community Councillors is obtainable from the Civic Offices, Holton Road