The Chainworks Of Brown Lenox 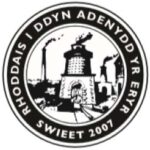 THE CHAINWORKS OF BROWN LENOX

‘Not the cheapest, but the best’

Established as Samuel Brown & Co., but changing to reflect the financial support of Samuel Lenox, this is a multi-stranded business story that covers the development of iron chain cables and suspension bridges. Brown Lenox figures strongly in the industrial history of south Wales and beyond. First and foremost it was a commercial undertaking, started by Samuel Brown and his Welsh born smith and works manager Philip Thomas, to manufacture iron chains for the anchoring, mooring and even the rigging of ships. It would lead to the establishment of purpose built chainworks at Millwall on the Thames and Newbridge (Ynysangharad) at Pontypridd, the latter works supplying round eye bar suspension chain for Brown’s chainbridges. In the field Brown was the first to erect iron level deck suspension bridges in the country, and the Newbridge works produced the major part of the chainwork for his suspension bridges with maritime chain cable production beginning in 1818.

Captain Sir Samuel Brown, to give him his full title, died in 1852, outliving Samuel Lenox who died in 1836. Lenox’s nephew George William Lenox took over the management of the works in 1840 after the death of Philip Thomas; the family name still represented at the works by a Lenox into the 1950s. In 1969 Brown Lenox became a wholly owned part of the F H Lloyd Group and with the change of ownership came new products particularly quarry plant; ore and waste processing machinery under licence. The last chain cable order was for the Cunarder QE2.