Our final speaker for this session was Helen Joy who has entertained us in the past and her talk on the Vale of Glamorgan Show proved equally entertaining.

The Vale show was set up so that farmers could meet and compete against each other in a variety of categories. The first show was held in 1772 and it is always held on a Wednesday in August as this was deemed to be the month that was the least busy for farmers. Since then the show has grown and it is now the biggest show in Glamorgan of any kind. As well as the show itself there are other events associated with the show such as a thanksgiving service the evening before the show, a lunch sponsored by the NFU and the dinner at which all the winners receive their various prizes.

Helen and a group of like minded people formed the Glamorgan Smallholders Association and this proved a popular move as over 50 people attended the first meeting. In 2017 they were given a small corner of the main marquee to promote the organisation and as this was a success the following year they occupied the whole marquee. As well as the animals, they had spinners, weavers, basket makers and Bro radio. They received a cup for the best trade stand in the show.

The Glamorgan Smallholders Association has grown into an organisation which now works in collaboration with the Welsh Government engaging with the public at all opportunities Plans are now well in progress for the next Vale Show when there will be an opportunity for us all to go along and see the variety of projects that the smallholders undertake.

Our next meeting was designed to put us all in the Christmas spirit. We welcomed back Natalie and Amanda from Hearts and Flowers who demonstrated making a centre piece for the Christmas table, various Christmas wreaths and a miniature Christmas tree complete with lights.

The last event of the session was the Christmas meal at The Beech Tree.

After a very successful session we can all look forward to the Spring/Summer 1920 Programme. 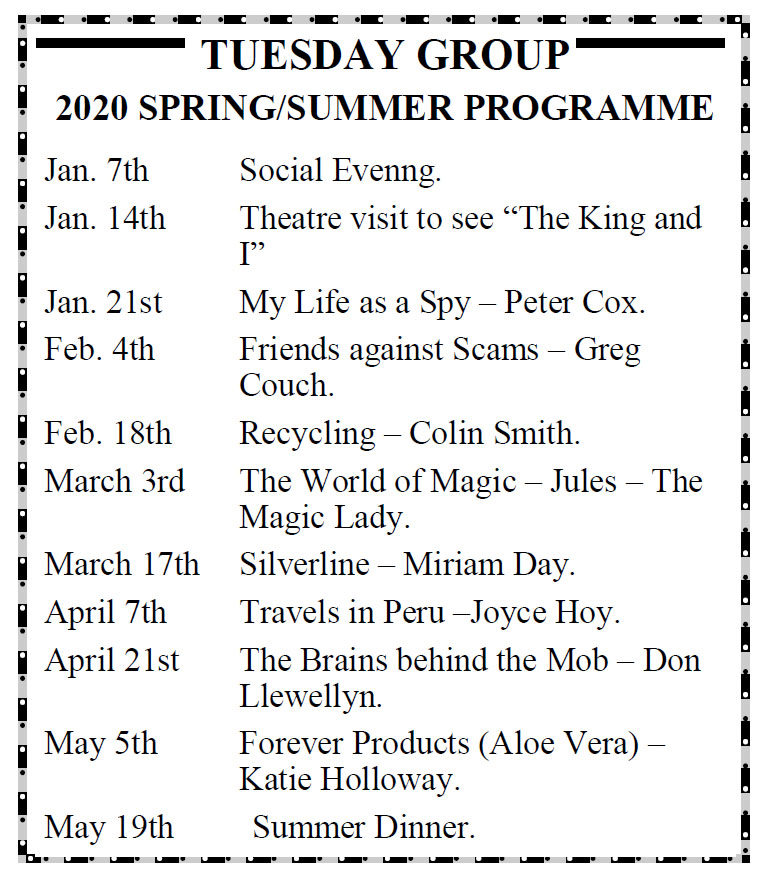