Wenvoe Village Show – The show this year was well supported by the village. We received nearly 300 adult entries and we raised £354.55 for the Library. 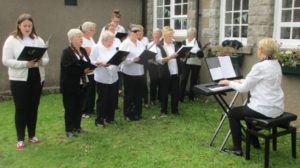 The dulcet tones of the village choir commenced the proceedings and Johnny Tudor and Olwen Rees opened the event. As well as the produce and culinary categories, we had a record number of artworks submitted, all to a high standard which made judging reallydifficult. We also received beautiful crafts and needlework and a host of entries from the children in the village. The show ended with the public tucking into the beautiful cakes and produce entered into the show. Congratulations to the overall winner Gail Griffiths, and to the second Isobel Davies and to the joint third winners: Gordon Jones and V’Iain Fenton-May. 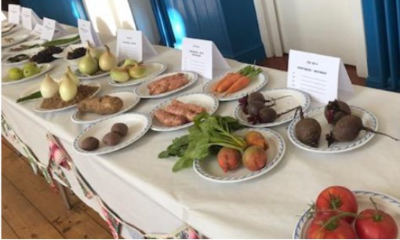 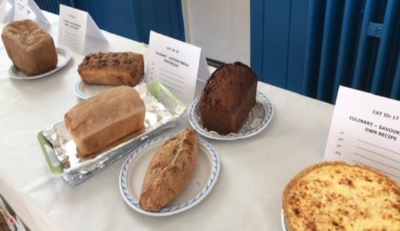 show. Thanks also to the judges, entrants, volunteers, Johnny and Olwen, the choir, who all gave freely of their time and to all who made the event possible and extra special thanks must go to the Show’s organisers Janet Williams, Heulwen Davies and Sue Hoddell who did a fantastic job

We hope you are planning for next year. The Show will be on 5th September. Look out for next year’s schedule which will be available in the Spring. We shall have even more categories including a fun dog show. 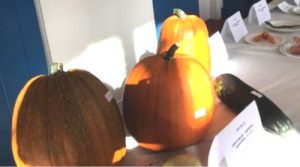 It is by taking part in community events that makes our village a great place in which to live.

About 30 children registered for this summer’s challenge, the theme of which was Space Exploration linking it with the first moon landing 50 years ago. The Challenge had its launch on Thursday July 18 with Alina Trigger attending a school assembly with all relevant information. Dave Breen, of Techniquest in Cardiff contributed with a talk on space and held a walk-in workshop in the library on 21st August. Alina will present the certificates to the participants of the Challenge.