So Much Going On

So Much Going On

First a big ‘thank you’ to Frey and Isla for donating a very healthy Hazel to the group. It will be planted out at Goldsland Farm in the Cider Orchard alongside a Public Right of Way helping to form part of a hedge which will both protect the young fruit trees and provide food and shelter for wildlife. Further up the track is the new pollinator patch, referred to as The Bee Loud Glade. Plants, shrubs and trees that can supply pollen and nectar to bees and other insects are being planted there and we aim to add a bench or two and a pond over the winter period. We are delighted that Gwenfo Primary School will be involved with this project by helping with the design, raising funds for the plants and planting them. If all goes to plan we shall be submitting this Glade as our 7th Green Flag site for 2020. 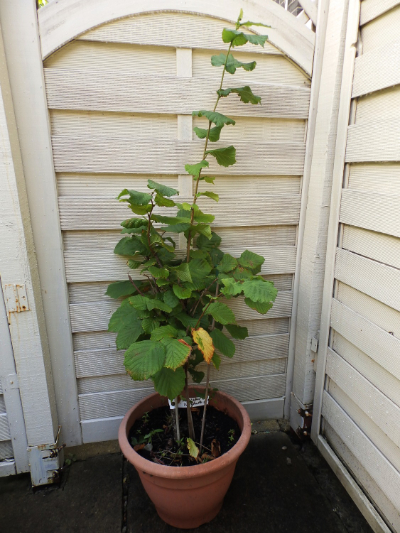 We have been working on the Community Orchard at the far end of the Playing Fields, having cut the grass and topped up the pond which was quite low after a lengthy dry period. Some patches have been left as tussocks which are good for wildlife such as small mammals, bees and butterflies. This year a grass called Meadow Foxtail has done particularly well which shows it is progressing towards a meadow community rather than just having coarser grasses such as Cocksfoot and False Oat Grass. Some of the trees have had reasonable crops including an old variety called Tom Putt. This dates back to the 1700s and was originally widely planted in Devon, Cornwall and Somerset where it became known as the Cottage Apple. It can be used as for cider, eating or cooking and a number of cider producers still use it for their cider.

The wildflower patch in Grange Park has again been a bit of a disappointment. In the 5 years that we have been planting it the amount of sunlight which manages to get through the gaps in the massive Horse Chestnut and Pines has reduced and the plants that have grown have a pronounced lean towards the light. Some of the trees are due to be trimmed by the Council but it is unlikely that this will make much difference so we shall be looking at other possible locations in the park which are in full sun. However first we must await the proposals from the Council to alter the layout and locations of the play areas.

If you have any spare stakes or bits of bamboo with reasonable-sized holes, the group can always make use of them. Throwing out an old beach wind-break? The poles make good stakes for young trees and bamboos are used to replace those in bee hotels. We cut down 12 cm lengths from bamboos so can make use of old and broken pieces.