‘Meet The Author’ Evening In The Wenvoe Arms.

Our thanks to Ian Pate and The Friends of Wenvoe Library for organising another excellent ‘Meet the Author’ evening in the Wenvoe Arms. The topic ‘Motorway Madness’ might not have initially sparked your interest, but through photographs, expert knowledge and an array of personal anecdotes, Ian ensured that we had an evening which was both sobering and entertaining. 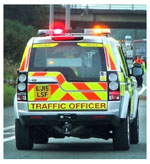 With a twenty-five year career in sales, which required extensive travelling in the UK, Ireland and the Benelux countries, Ian thought he knew everything there was to know about driving on motorways. However, it was not until he started working as a Traffic Officer in 2008, that he learnt about the unpredictability of our motorways. In this role, with powers to stop and direct traffic and work under the authority of a police officer, he began to appreciate the phrase ‘expect the unexpected’.

Statistically, the motorway is the UK’s safest road. Drivers know that if something happens whilst driving on the motorway they should move onto the hard shoulder, put their hazard lights on, get out of the car if possible and get to a place of safety. The last of these is important because the most dangerous place on the motorway is the hard shoulder. A safe place Ian reminds us is ‘behind the barrier, up on the embankment, under signs, by bridges or even on a police observation post’. If you stay in your car, your life expectancy according to police statistics is 30 minutes. The message is ‘When it is safe to do so – get out, keep safe, stay alive!’ At night, this risk increases. There have been cases in which lorry drivers at night have put their inside wheels onto the rumble strip that separates the hard shoulder from lane one, to keep them alert whilst watching TV!

As a Traffic Officer, Ian was involved in a wide range of incidents. Twenty five percent of all breakdowns attended on the motorway are simply because drivers have run out of fuel. Some drivers get into trouble when transporting goods like a mattress or even a complete bed from IKEA on the roof of their car without the legally required roof rack and safety harnessing! Getting animals to safety – horses, swans and at one time a small herd of water buffalo in Newbury – were all in a day’s work. Drunk drivers, unwell drivers, car fires and extreme weather all require assistance from the Traffic Officers. These people ensure that you and I are safe if an incident does occur. Ian and his colleagues set up rolling roadblocks, clear dangerous debris from motorways and are the people on the ground responding to alerts from the Traffic Management Centres across the country.

Ian concluded his talk with a look at new smart motorways where all lanes are running. On the first smart motorway on the M42 in the West Midlands, there is no hard shoulder and a refuge area every 500 metres. Above every lane there are signs to note variable speed and clear messages e.g. lanes closing. Any difficulties drivers encounter, are immediately 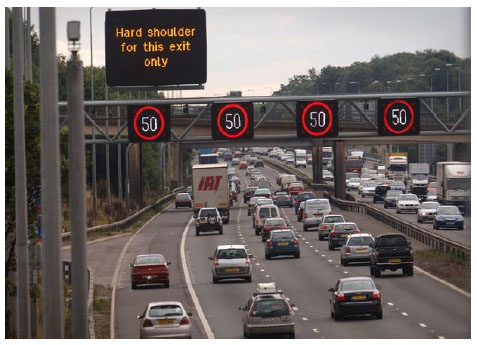 picked up by the control centre and a lane can be automatically closed. The M4 between J3 and J12 is currently being upgraded to a smart motorway. However, the model has undergone modifications. Refuge areas are now1.6 miles apart and overly detailed signs on the left hand side of the motorway, have replaced the clear signs above each lane. It can take up to one hour for an ambulance to get to an incident. Inevitably, such concerns have led road safety campaigners to lobby Parliament and they are now working with an all-party group of MPs to look at the safety concerns relating to the rollout of smart motorways.

The Friends of Wenvoe Library would like to thank Ian for his support in helping to raise funds for Wenvoe Library. Please look out for the next ‘Meet the Author’ evening – we would love to see you there.