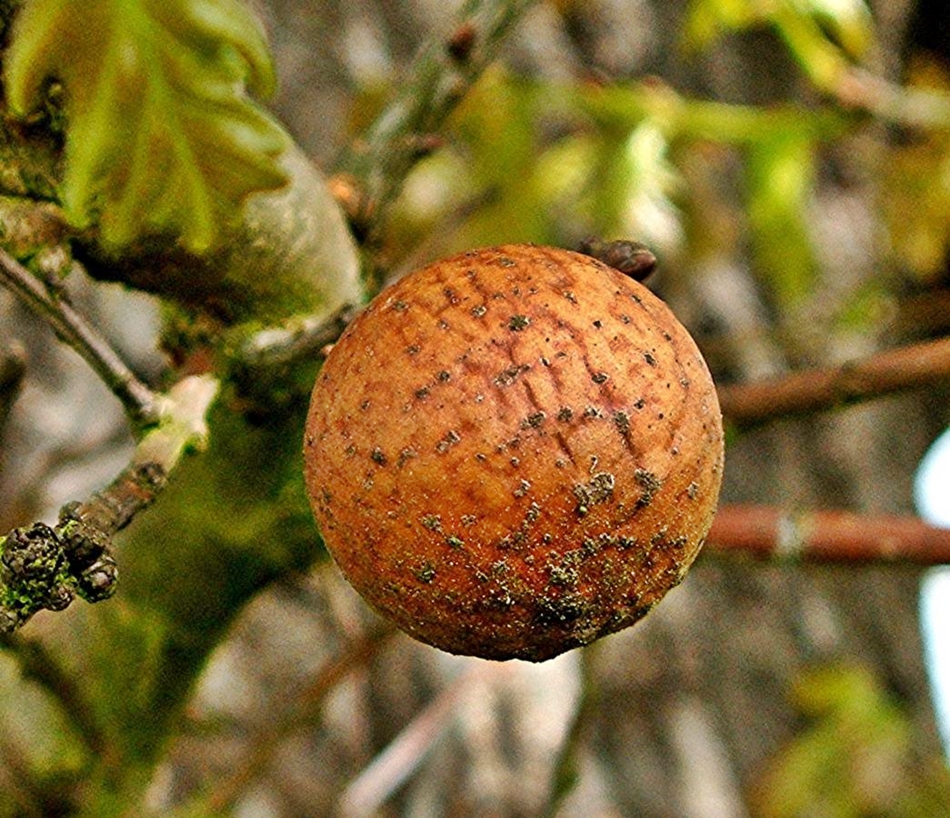 Quite common on Oak Trees in and around Wenvoe is the gall shown in the photo known as the Marble Gall. It can be found on the Community Orchard, the Welsh Orchard and the Upper Orchid Field.

It is often confused with the Oak Apple but these are uncommon in this part of the world. The marble gall is caused by an insect which lays an egg on the Oak and the ‘marble’ which soon grows provides a living space for the young larva. Most of the galls at this time of year will have a small, neat hole in the side through which the young insect has escaped.

Galls have a surprisingly important role to play in our written records as they were used to make the ink which most of our important documents were written in for over 1,000 years. From the 5th century through to the 19th and even into the 20th century, tannin was extracted from galls and mixed with other chemicals to produce the ink used in key documents such as the Magna Carta and American Declaration of Independence. Rembrandt, Van Gogh and Victor Hugo also used it.

The charter on the left-hand wall as you enter the Bear Hotel in Cowbridge would probably have used Gall Ink. Articles on Gall Ink often feature the Marble Gall but therein lies a problem as that gall was only introduced to Britain in the 18th century and it needs the presence of another type of oak, the Turkey Oak, which is not native and has only been around for last 200-300 years to complete its life cycle.

It would be interesting to know if before the 1700s British Gall Ink used other types of galls or whether European Galls were imported and used to make the ink. If you think you know, why not drop a line to Whats On.