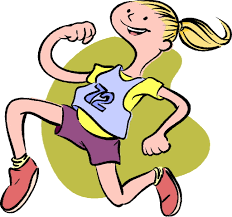 In the early summer a group of people, many who had never ran, before became a popular sight in the village as they did their group raining runs around the village and playing fields on Monday nights. The plan was they were eventually going to run the Cardiff 10k race. In the first month or so it felt like a tall order. How could people who had never run further than the garden gate complete on of the biggest distance races in Wales? 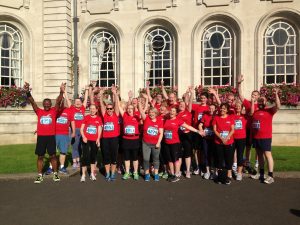 We discovered that if you could walk that with the right training everyone could from “couch to 10k” in 10 weeks! There is a saying that friendships are formed in adversity and it is true that many who didn’t know one another became great friends as they gradually ran further and sometimes faster each Monday. Whether people would admit to enjoying the experience of running, It was certainly the case that there was a sense of achievement after a run.

In seemingly no time race day arrived. With group leader, Gary Smith, conveniently sporting a badly sprained ankle, all other members of 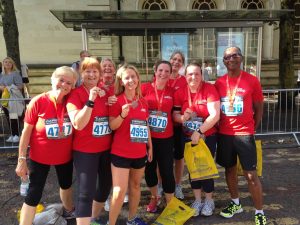 the club turned up for a group photo with the Love Running Cardiff group before joining the thousands who were running the race. At the sound of the starting pistol, the weeks of training kicked as the runners raced around the capital and through the parks for a 6+ mile experience of a lifetime. As they crossed the finish line, the sense of achievement was evident. With medals around their necks, water being gulped and high fives being offered at every opportunity the smiles and conversations continued all morning!

Well that was Sunday 11th September and by Monday 12th, regardless of muscle ache and pain they group were back running around the village pledging to continue throughout the winter! 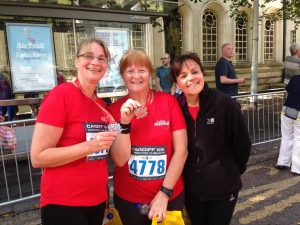 For further information visit www.valevillagechurch.org.uk or call Gary Smith on 07782 305738