How Lucky We Are To Live In Wenvoe

How Lucky We Are To Live In Wenvoe

Wenvoe Walkers have been unable to enjoy their usual walks in the countryside due to the restrictions in place but most of us have walked around the village and its environs. Initially I was walking alone and enjoying brief conversations with other walkers and friends from the village if our paths happened to cross. More recently it has been possible to walk with one other household and share the experience. This article is a reflection on the many different routes I have walked rather than the usual single route. 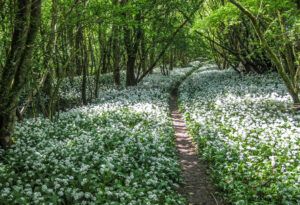 How lucky we are to live in Wenvoe surrounded by countryside with a good network of footpaths. The Wenvoe Wildlife group’s Orchid field and Orchards formed the basis of my first forays. The Spring weather was exceptional and I found joy in finding bright marigolds in the Elizabethan orchard in April sunshine, apple blossom smothered in foraging bees in the Welsh orchard with Buzzards soaring overhead and more birds and insects than I have seen for years. For the first time I noticed catkins on oak trees – I expect Bruce has mentioned them in one of his articles – this is the pedunculate oak (Quercus robur). Did I see so much because it was so quiet, wildlife was not disturbed or are there truly more of them this year?

The golf course was a particular pleasure with the access road free of all traffic apart from the few people living and working there or at the farms. The freedom to roam (keeping off the greens of course) and gaze at the views not normally available whilst admiring the range of trees was a real bonus.

Within walking distance, we have so much available to us:

Travel east via Station Road, across the main road via the bridge (or at times stroll across 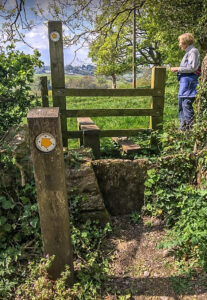 there was so little traffic) and you can do a simple circuit back towards the quarry, or go via Wrinstone ( the footpath through Wrinstone farm was closed) to Salmon leaps, Cwrt-yr -ala and Michaelstone-le-Pit or venture further to Dinas meadows, the Avenue of Beech trees (which I call the cathedral), Cwm George and Casehill woods returning past Dinas golf course and Beauville farm.

Dinas Powys hill fort is on a ridge between Cwm George gorge and the river valley. It is thought to have been built in 450 BC and is the richest best preserved and most fully excavated early medieval settlement in Wales as well as the most important in Europe for this period. Its size and the rich finds, including a rare Saxon horn goblet, point towards this being the residence of a VIP. It might even have been the court of the kings of Glamorgan.

Did you know that Wrinstone farm is on the site of a medieval village? Earthworks around the farmstead indicate quite a large settlement. Wrinstone served as the manor house to 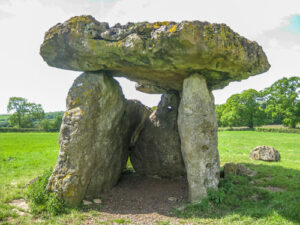 Michaelston-le-Pit for many centuries. In the late 13thC it passed to Sir Simon de Ralegh (a relative of Sir Walter Raleigh). Cwrt-yr- Ala House (the court of Raleigh) became the estate seat when the family moved. However, the name was not used until long after the connection had ceased. (information from ‘Wenvoe past and present’ a Wenvoe History Group publication).

To the west we have Burdons hill (have you seen the aeroplane on the side of the garage belonging to one of the houses?), Pound lane, Wenvoe wood, Goldsland wood, Coed Nant Bran, St Lythans church and the burial chamber, Tinkinswood burial chamber, Dyffryn and Dyffryn fisheries (but sadly no access to Dyffryn House and Gardens), St Nicholas, and last but not least all the farmland of our local farms of which there are many.

To the north you can visit Twyn-yr- Odyn, The Downs and the Natural Burial ground (or maybe venture to Culverhouse Cross for food) and to the south the Crematorium.

It has been great to talk to people and be reminded of footpaths forgotten. At times I was aware that I was walking in the footsteps of people long gone and the sense that it was my turn now to tread these ancient paths. The silence created by the loss of traffic enabled me to hear nature’s sounds and helped transport me back in time. My walks have 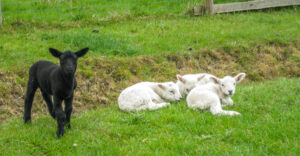 been many and varied (no waterways though apart from Wrinstone and Cadoxton Brooks and distant views of the channel) and range from just a couple of miles to 8 miles. The most joyous moments came from meeting friends and nature: drifts of wild garlic followed by orchids and drifts of bluebells, leopard’s bane, new-born lambs, butterflies and birds taking wing, towering trees. and the whole covered by many scents including garlic, bluebells and lilac. 2020 is definitely a spring to be remembered.