Our autumn programme continued with a presentation by Paul Gregory on Community and Post. Paul’s talk was about how his life had revolved around public service and as a child much of this service was in the church starting off as a choir boy and then later a server and Eucharist minister.

When he left school in 1971 he passed the Post Office’s aptitude test and became a telegram delivery boy. It was interesting to learn that India was the last country to have telegrams and that service only finished last year. It was a standing joke in the P.O. that there were only two sizes of uniform – too big or too small. In the 70’s it was a strict regime and fines of one shilling were imposed if you were caught smoking or not wearing a cap.

During his time with the Post Office having worked his way through the various duties including delivering mail to the docks area of Cardiff ,Paul saw many changes within the Royal Mail service. One of the roles he particularly enjoyed was visiting schools to tell them about the postal service all done with the aid of Postman Pat.

In retirement Paul is still helping the community by working for the Rotary Club and he was a scout assistant until 3 years ago.

Our next talk was by author, Cathy Farr who became a writer almost by accident. As a child she had loved writing and making up stories about her imaginary Post Officefriends.

One of the main characters of her novels came from seeing an Irish wolfhound whilst doing a management course at the Turnberry Golf Hotel. Cathy fell in love with the breed and decided that at some point she would own one but until that time came she started to write stories about “Fellhounds” an imaginary dog much 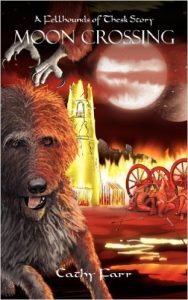 bigger than a wolfhound.

Many years later having taken a creative writing course and done a law degree at the Open University Cathy had time to turn her scribblings into her first novel  “ Moon Chase”. This is about how the brave and loyal Fellhounds would protect their masters, the Fellmen of Thesk. Cathy read us the opening sequence of this book and I am sure many of our members bought the book to see what happened next.

This book was self- published as was the sequel “Moon Crossing" and it was fascinating to hear how Cathy found illustrators to bring her characters alive.

Recently Cathy has written an entirely different genre of book under the name of Carolyn Swann – this book “It’s All About Me” tells the story of Madeleine Edwards who meets the very wealthy and recently divorced Haden Elliot and determines to become Mrs Elliot the Third. Whereas Cathy’s other books are suitable for all ages this one is an adult read.

Perhaps we should encourage our community library to have a section on local authors.

Phil Bowen  on "The Mary Rose"

We welcomed back Phil Bowen to talk to us about the Mary Rose, the Tudor ship which sank in 1545. Phil gave us a very graphic account of how the ship sank in under one minute with Henry VIII watching from the shore from where they were they could hear the screams of the sailors as they succumbed to their watery grave.

Because the ship was entombed in mud it was well preserved and it was finally raised from the seabed on Monday October 11th 1982 watched by thousands on television. Since then much work has taken place preserving this historic vessels for future generations. 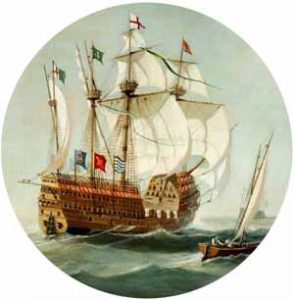 Using reconstructed photos of various members of the crew Phil took us back to the Tudor era describing the day-to-day lives of the archer, the surgeon and the cook. The thousands of artefacts recovered from the ship meant that by studying these much could be learnt about life on board. What became very obvious by studying the artefacts was that Tudor officers led a very different lifestyle to the sailors.

Today Swansea University are working very closely with the trust so new facts are coming life all the time. Recently DNA was extracted from the remains of a food material and this was identified as being from cod caught off Nova Scotia. There is so much material for researchers to look at that the story of the Mary Rose will continue to unfold for many more years.

Phil had been a teacher before retirement and everyone agreed how much more interesting history would have been with someone who could entertain whilst still educating their audience.