Spells of colder weather and heavy rain have limited our activities but now that Spring is on the way there is masses to do. By the time this issue is out we will have installed two benches and a noticeboard and bee hotel down at Goldsland Farm. Next another orchard which will make it 5 that we have created. Many of the fruit trees are varieties we have not planted before such as Gabalva and we have arranged for some Perry Pear varieties to be specially grafted which will be available in the Autumn. Another apple variety is called Holstein which is very appropriate as it is the UK's highest yielding type of cattle in terms of milk. We are planting up a pond on 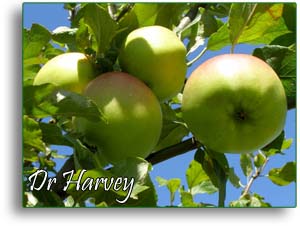 the way to Wenvoe Golf Course and this includes a water lily whose flower is the emblem of Friesia – you have probably heard of Friesian cattle as well.

It is not too late to be putting up bird boxes. You can make them yourself but there are perfectly good robust, wooden ones in the cheaper 'pound' shops from around £2.99. Check the advice on websites such as the RSPB's as to where to site them to avoid too much heat from the sun or the ubiquitous cats. We have been putting up bird and bat boxes along with the smaller bug hotels which can also be purchased very cheaply at the discount stores. The insect homes need full sun so aim for south-facing positions. If you have the odd hour to spare or would like to get children you know closer to nature why not get in touch with us. Next month there will be details on our Easter Trail for this year.